Black Friday has become known as a day when Americans camp out for the cheapest TV or speaker system, but for beer lovers, it means the release of Goose Island Bourbon County Stout. Plus, waiting in a line for beer is always a lot more fun than in one for a TV. More than 300 people stretched around two corners of the block by 9 a.m., when sales began at Top Hops Beer Shop (94 Orchard Street in the lower east side).

“These events just keep getting bigger and bigger,” says Ted Kenny, owner of Top Hops. He says that this year’s line was much longer than in 2013 and people began arriving much earlier.

Patrick Kelley and Mark Musacchia, from Long Island, took the Long Island Railroad to arrive first in line at 4:30 a.m. “Craft beer is getting more mainstream, and it’s getting harder to get the best beers,” says Kelley, explaining why he made the early-morning trek. “People are tired of drinking [bad beer].”

Joe Del Balzo of Astoria left his family’s Thanksgiving gathering at 1 a.m. in Maryland to be in line by 6 a.m. “Getting hard-to-get beers in New York City has been out of control,” he says. “If you want to get special bottles you need to be close to the first in line.” What did his family say when he told them of his plan to drive through the night to get the limited bottles?

“They just said that I better bring them back some,” says Del Balzo. “They’ve had the beers before and love them, too!”

Beignets and cups of coffee were handed out to those who waited and Goose Island made the event even more memorable for the first 100 people by giving away limited-edition Goose Island Black Friday posters, bags of Rwandan Zirikana coffee (the same that’s in the beer) from Chicago’s Intelligentsia Coffee and Tea, and Bourbon County tulip glasses. The bottle sales were then followed by a Goose Island tap takeover at 12 p.m., which included many of the 2014 Bourbon County beers.

The event did have one hiccup, though. While playing in the store’s office, Kenny’s 2-year-old son mistakenly shut down the shop’s computer system, which stopped sales for about 15 minutes. No one cared one bit, though, and when people found out the reason for the hold up, everyone shared a laugh. It just goes to show that the craft beer community might be rabid for the best beers in the world, but everyone knows how to have a good time without making a Black Friday line into what it’s better known for.

Patrick Kelley was first in line 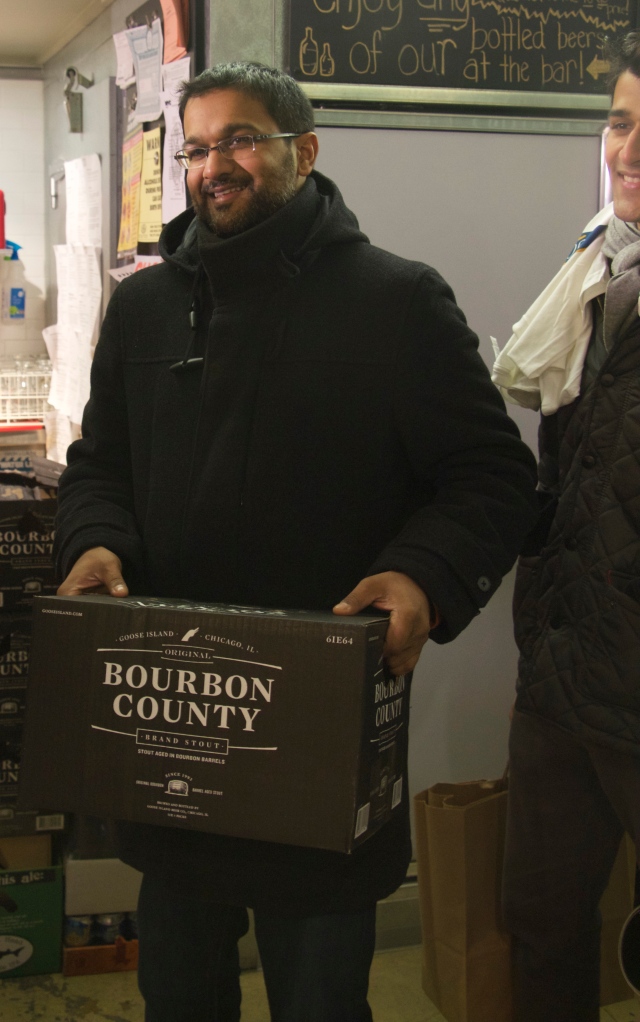 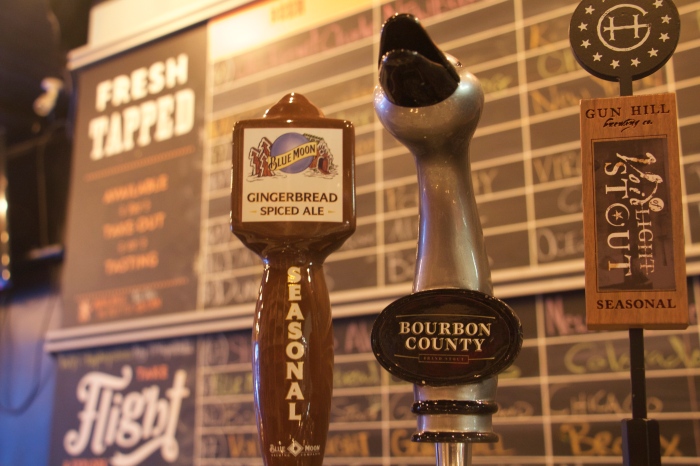 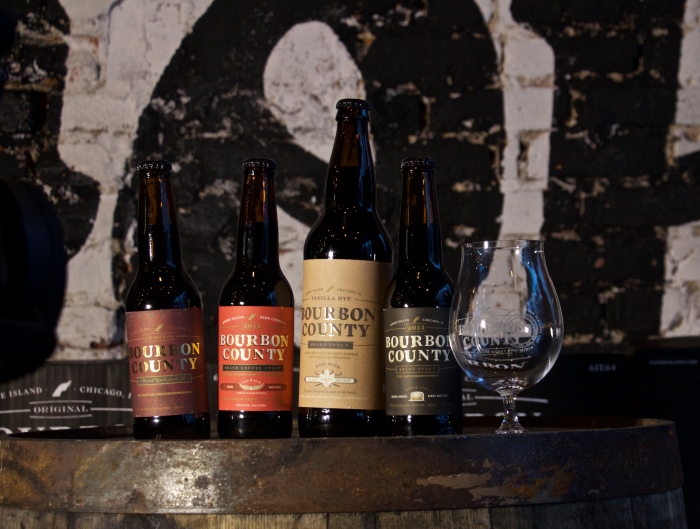