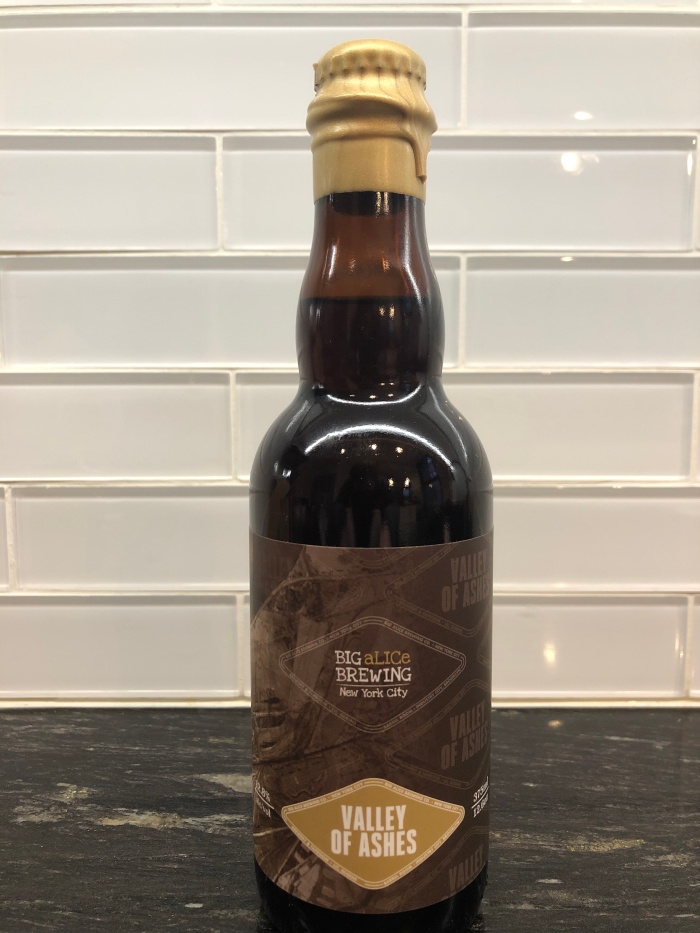 It’s not often that a brewer in New York City releases a barleywine. So when I heard that Long Island City’s Big Alice Brewing released a bourbon barrel-aged barleywine, called Valley of Ashes, I knew I had to try it—and I’m really glad I did!

This 12.8 percent beast was aged for one year in bourbon barrels from Long Island Spirits. The nose is big bourbon and dried fruit. You’ll get notes of bourbon, vanilla, toffee, caramel, molasses, and deep dried fruit flavors on the palate. There’s some heat from the ABV, but this beer will age well and smooth out over time.

It was a great evening sipper on a cold wintery day and a really nice change of pace from the hazy IPAs and pastry stouts that dominate the local beer scene. I really hope to see more barleywine on my local craft beer menus in the future!

Valley of Ashes is currently available in Big Alice’s LIC tasting room for $14 per bottle. We’re looking forward to checking out their new space opening in Industry City in Brooklyn soon! 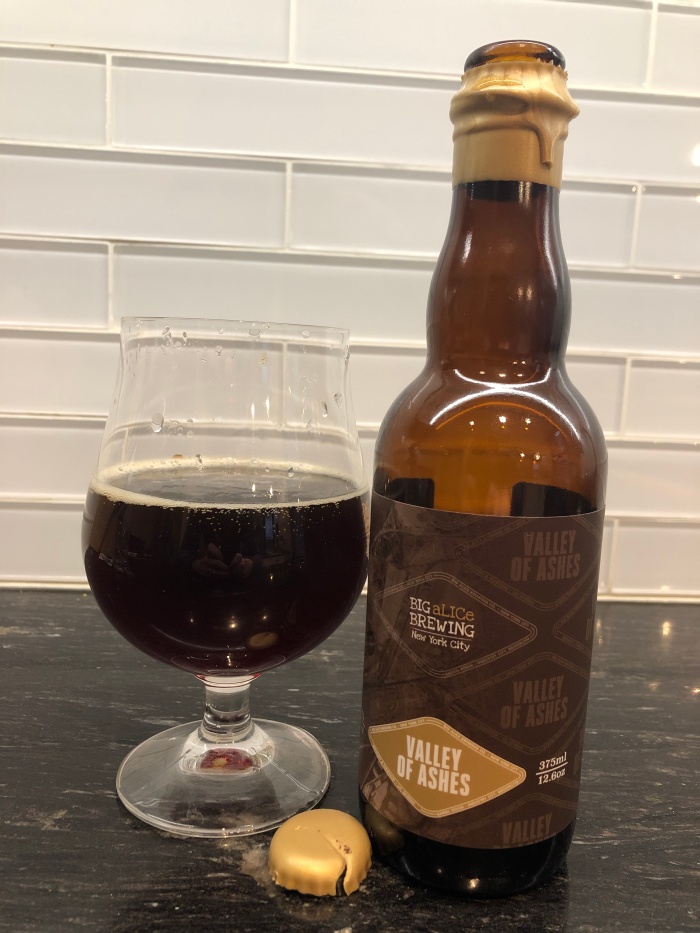