Ever since I first tried a beer from Toppling Goliath Brewing Co., from Decorah, Iowa, I’ve been hoping for the day when their beers would become available in New York. And that day has finally arrived! Thanks to Sarene Craft Beer distributors, I got to try some super fresh cans and bottles of some of TG’s best hoppy beers, including that first one I had years ago: Pseudo Sue. 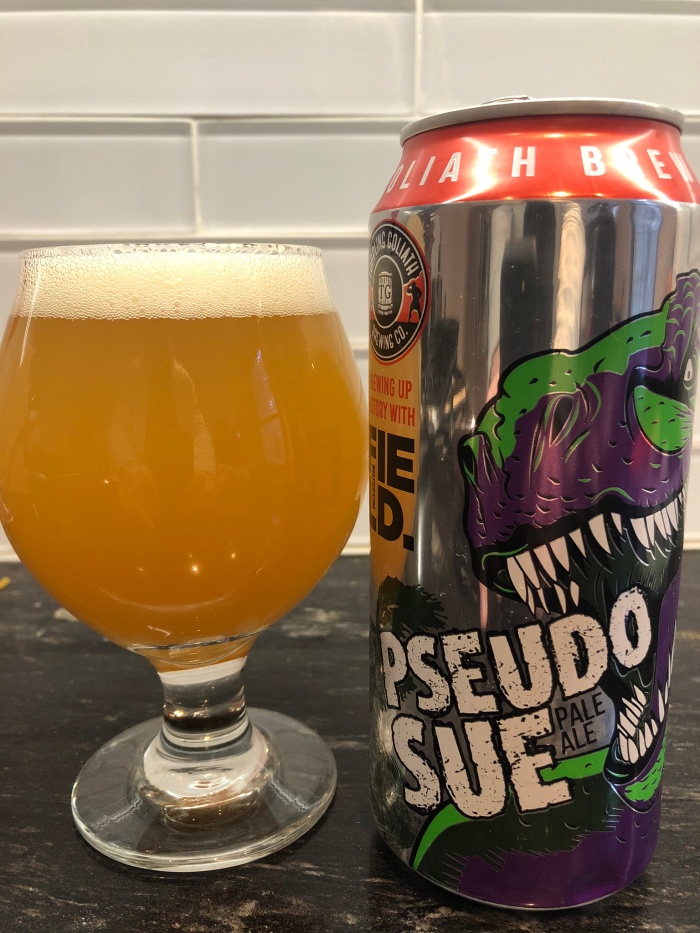 If you’re a fan of beers with citrusy hops, Pseudo Sue is a must-try. The beer is made with only Citra hops, which impart huge citrus notes on the nose and the taste follows, with bright orange, lemon, and lime notes. This beer is a really easy drinking, refreshing, and well-balanced pale—I was surprised when I looked up the ABV, because it drinks like a super crushable session beer.

Toppling packages many of their limited-release beers in 22 oz. bombers. This was the only bottle I’ve had to try so far from the NY release, but after having this one, I want to try all of the Sue variants. The addition of Galaxy hops impart a much deeper, danker,  juicier, and more tropical hop profile than the Citra hops alone. The appearance is super hazy and the mouthfeel was a bit creamier than the regular version.

Toppling’s flagship beer is an easy drinking lager, named after the brewery’s founder’s grandmother. It’s not crystal clear and straw-colored like many lagers—it has some haze and a medium body. There’s some considerable sweetness from the heavier malt, with a mild crispness from light hopping. 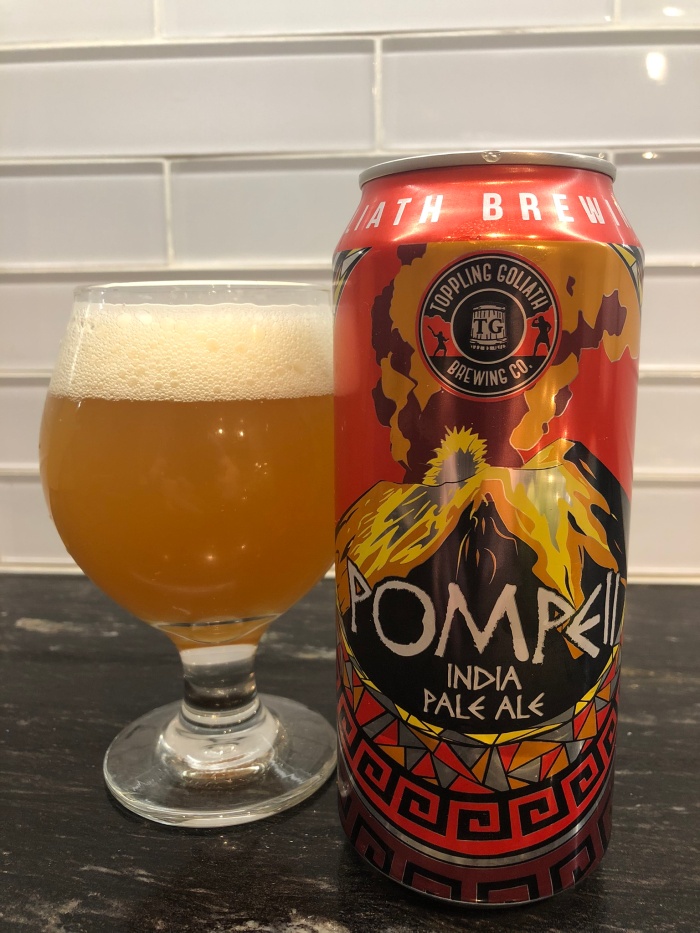 I am a huge fan of Mosaic hops and this IPA does not disappoint. I picked up floral, berry notes in the nose and the taste follows … big blueberries. Very mild bitterness rounds out the beer. It’s an even lower ABV than Pseudo Sue but packs a huge amount of flavor. It’s hard to believe this is a single and not a double IPA because it’s very full-flavored from the delicious Mosaic hops.

This beer struck me as a blend of a juicy New England style IPA and a piney West Coast style. You get floral, tropical fruit notes, followed by dank, piney flavors that linger on the palate. There’s a little more bitterness to this beer than the Pompeii, but it’s not too aggressive. Again, it’s a super well-balanced IPA, with mild sweetness and is a really easy-drinker.

We were super lucky to get this limited-release beer in New York. It’s one of the few limited offerings Toppling offers in cans. As soon as you crack the can, big tropical notes fill the air. The taste follows, with tropical fruits, like pineapple, peach, and mango. As you’d expect from a double IPA, a more assertive bitterness follows than the single IPAs I tried.

Big thanks again to Sarene Craft Beer distributors for the assist!