Other Half’s Pastrytown was probably the most anticipated beer event to ever hit New York City—and it exceeded my expectations. One of the trendiest styles of beer—the pastry stout—was in the spotlight for one glorious and gluttonous day at Industry City in Brooklyn. Beer blogger Alex Kidd of DontDrinkBeer famously coined the name for the style which tastes more like cakes, cookies, and candies than like beer. There were other styles, like sours and a few IPAs, but the vast majority of the offerings were dark, thick, sweet, and high-ABV stouts.

Over the past couple of years, Other Half has fully embraced pastry stouts, releasing new examples several times a month. All of that decadence culminated last Saturday when 38 brewers from around the country (and few from outside the states) gathered to share their love of the big boozy, dessert-inspired style.

But what would be a beer festival without … wrestling?! Like last year’s Green City festival, pro wrestlers from NY Wresting Connection entertained the energetic crowd. And local vendors, like Ample Hills Creamery, Bien Cuit Bakery, Coolhaus ice cream, Four & Twenty Blackbirds bakery, and Milk Bar bakery, as well as some brewers, provided delicious sweets, like doughnuts, ice cream, cookies, and cupcakes throughout the festival to pair with the dessert-themed beer. One of the coolest and most unique attraction came from Brooklyn Brewery, who brought a beer luge that flavored samples of beer as it moved along a spiraling slide made of marzipan.

I’ve never had the opportunity to try such a huge number of top beers from a single style in one day, so it’s really hard for me to pick my favorites, but I’ll give it a shot (I’m certainly leaving out a bunch!). One of the festival’s most-anticipated beers was Three Chief Brewing Co.’s FäHä was a perfect balance off bourbon barrel imperial and coconut. It was a timed release, served halfway through the festival, and because it was one of the most in-demand offerings, a long line formed about 30 minutes before and snaked its way throughout the space. It was so delicious and worth the wait!

I sampled several of 3 Son’s Brewing’s offerings, and all that I tried, including Lumberjack Morning Break, JBM35,  Double Barrel Summation, and Big Sxxxy, were outstanding. Hidden Spring’s Black Aggie: Birthday Cake was maybe the richest, thickest stout I’ve ever had. It tasted like there was literally chocolate birthday cake blended in with the beer—I’ve never seen a beer coat a glass like that before. WeldWerk’s Peanut Butter Cup Medianoche, a bourbon barrel-aged stout aged with peanut flour and tons of Reese’s Peanut Butter Cups was—surprise!—like a peanut butter explosion. Equilibrium’s Barrel-aged Pastry Syrup Sandwich stout is an imperial stout with two types of coffee and vanilla aged in a rye whiskey barrel that previously held maple syrup—it tasted like liquid breakfast in a glass and was paired with a delicious maple snickerdoodle cookie. J. Wakefield’s Make ‘em Say Uh, a bourbon barrel-aged stout aged on raw, candied, and toasted coconut was super rich and creamy with enormous amounts of coconut flavor, and their sour berliner weisse ale, DFPF, brewed with dragon fruit and passion fruit was a perfect way to cut through the richness of all those heavy stouts.

Of course, Other Half came locked and loaded with several of the best stouts they’ve ever produced. My favorite was the VIP version of Snowbirds 3, an imperial stout aged on coconut, toasted coconut, marcona almonds, and wild Thai banana. It was like the best tasting banana bread I’ve ever had—but in liquid form. This beer built upon the brilliance of their 5th Anniversary Stout, highlighting the flavor of the banana even more. It might have been my favorite beer of the day, which made me even more proud that Other Half is my hometown brewery.

The friendly and helpful Other Half staff and venue staff made sure everyone at Pastrytown felt taken care of. Signs around the venue reminded attendees that there was a lot of booze on premises and to make sure to stay fed and hydrated. Organizers made sure that there were ample bottles of water for no extra cost available at every single beer serving station around the venue.

For me, one of the most memorable aspects of the festival was the camaraderie and humor of all those in attendance. Everyone seemed to band together, knowing that being faced with a beer festival primarily consisting of high-ABV, rich dessert beers was, well, a bit daunting to say the least. The day turned out to be incredible and it was great running into friends to talk about which were our favorite beers and which ones we still HAD to try. There were just so many good beers there that it was impossible to try them all—but I definitely tried!

And if you missed Pastrytown, you won’t have to wait long for Other Half’s next festival. Their second Green City festival is set to take place this summer. Bravo to Other Half for putting together another really unique beer tasting experience! 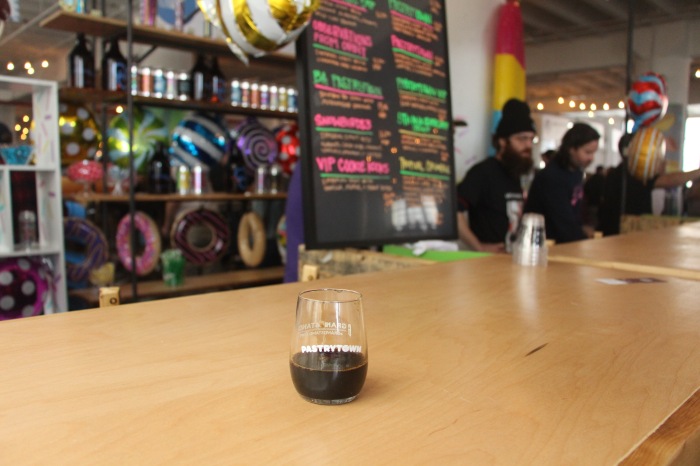 3 Son’s Brewing was a standout 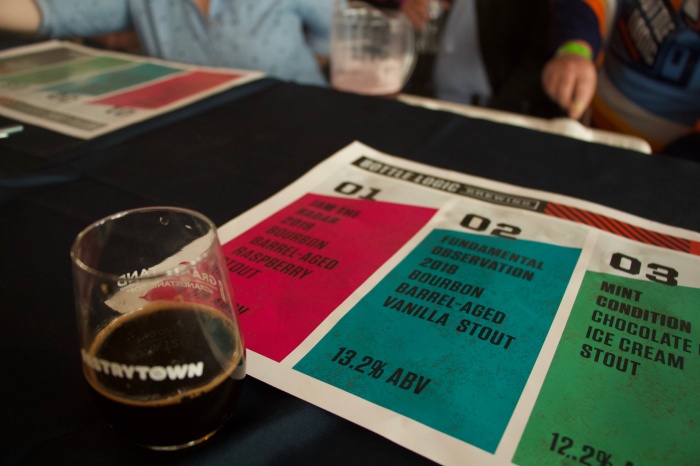 Finback previewed their collaboration with Kane

One thought on “Other Half’s Pastrytown Festival”